All three students have sought to upskill by acquiring new qualifications.

Aiden has been a bricklayer for around 11 years but can’t see himself laying bricks for the next 20 to 30 odd years. After also completing the Certificate IV in Building and Construction, he decided to add even more knowledge to his skill set by studying for the Diploma. Aiden says the Diploma is a “backup because my body is kind of falling apart” and sees it as an opportunity to move into site management.

John currently works for a lighting company and is the National Manager for Projects and Designs. When a colleague of his studied with and recommended the Trade Institute of Victoria, John decided to pursue his interest in building and construction by signing up for the Diploma in Building and Construction. He says, “I was the owner/builder in our house extension. Building and construction also ties in with my current Project Management role where I spend a fair amount of time on site with builders, electricians and shop fitters.”

Yang is new to the landscaping industry, having started her own business 2 years ago. She loves what she does and has plans to expand her business in the future. The Certificate IV in Building and Construction is a way for her to gain the requisite skills in order to obtain registration as a Building Practitioner in Victoria (limited to landscaping).

For many students, the corona virus pandemic has been the catalyst for their first online learning experience. The virtual classroom became a necessity rather than a choice when the Victorian government introduced restrictions to combat COVID19. However, Aiden, John and Yang all report that it has been an extremely rewarding experience.

According to John, while “the beginning was slow with the uptake of technology which was challenging for some”, the instructor (Peter) managed to get everyone on board to “provide an almost seamless continuity to the course”. He adds, “Trainers Darryn and Peter are both very knowledgeable and helpful guys and an asset to TIV.”

Yang agrees saying that her instructor (Kosta) is “fabulous – very professional with extensive industrial experience, he is very patient with us.” For Yang, the virtual classroom has meant she has saved a lot of travelling time and in turn this has given him a work/study/family balance that is valued, especially in these difficult times.

Aiden also appreciates the saving in travel time as he lives a fair distance from the Trade Institute of Victoria. He actually started his Diploma with a different organisation but found it “horrible” because the class was made up of people at different levels so questions and content were not always relevant to him. He feels the virtual classroom at TIV caters to individual learning styles with people being able to jump in and ask questions at their own pace. Aiden adds, “there’s no background noise and less distraction”.

One of the obvious benefits of the TIV courses is that whilst they impart theoretical knowledge about building and construction, they also teach practical skills. While students spoke of their love of learning specific mathematical concepts, properties of materials and relevant codes for each job, they all saw the value in the practical knowledge gained and possible even through a virtual classroom. Of the practical aspects of the course, Aiden says, “I can take it to work. I can translate it, see it and use it on a job site and that’s my favourite part of the course.”

Making the wise decision to upskill means the future is more bright and secure for Aiden, John and Yang. Each will continue in their current jobs while studying and perhaps beyond but it means their dreams are a step closer.

Aiden will have backup qualifications so that when he wants to give his body a break and give up bricklaying, he has other options.

John will use his qualifications to build on his construction experience, with the ultimate dream being to run his own projects, especially in the field of restoring period homes.

Yang plans to continue growing her landscape business, building on its early foundation with registration as a Building Practitioner.

For all three, the Trade Institute of Victoria’s courses offer job security and promotion. In these volatile economic times, it’s certainly a smart move.

TIV – The Trade School of Choice for Students and Trainers

He has seen both good and bad tradespeople and understands the value of quality education in the industry.... The Federal Government has in the past couple of days made an announcement of a further funding boost to aid the building and construction industry....

No doubt, the COVID-19 pandemic has proved to be a major challenge for us all, both professionally and personally.... 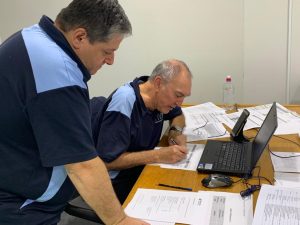 TIV was a face to face trade school, then COVID hit and suddenly, we couldn’t deliver our service.... A first grade career in the AFL is amazing. But as Carlton’s Hugh Goddard realised, you must have a backup plan.... 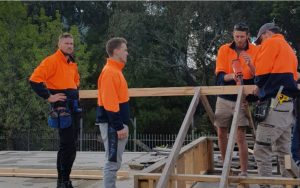 Jack Lonie was lucky enough to go from school straight to the AFL. So at first he didn’t give much thought to further study....

Starting his carpentry apprenticeship 30 years ago, Nolan has been working in the industry ever since. But he never got around to completing his qualification.... For someone who disliked school so much, Luke is proving that you can achieve a lot when you find something you love....