When Assia Osman arrived in Australia from her native Lebanon, she didn’t know what she wanted to do with her life. What she did know was that construction was always something that had interested her. She says, “I love anything about building – ever since I was little. And my dream was to be something in building – an architect, engineer, something in building. It was my dream job.”

Assia soon came across the Trade Institute of Victoria (TIV) online and made the decision to enrol in the (CPC40110) Certificate IV in Building and Construction (Building). She hasn’t looked back since, making great inroads in an industry that’s traditionally male-dominated.

Taking on the Boys

Truth be told, Assia didn’t give a second thought to any possible hurdles she might face in a male dominated industry. But those around her were a little concerned. Assia recalls, “Everyone was saying to me, ‘Oh, what are you doing? Don’t do it. They’re going to give you a hard time, and they’re not going to listen to you because you’re a woman.”

But being a woman didn’t turn out to be the hurdle that others feared it would be. Assia says, “From my experience, and I’ve been in building for seven years now, there were very nice guys. Whatever I asked for, they helped. They helped me a lot.”

Even in the TIV classroom, where she was the only female, Assia found everyone helpful and respectful. Assia explains, “I didn’t feel different. They made me feel welcome. And when we were doing a project in class, they were very helpful. The guys in the class formed a group with me and we worked together.”

“I’m very proud. I’m very happy. I got my building licence and I’m working in building”

Assia credits much of her success in the building industry to the foundations laid by TIV and its incredible trainers. She explains that all the trainers were great at explaining theory but also demonstrating it out on work sites.

Assia is thankful for the dedication of trainers Reif Keceli (also a co-owner of TIV) and Turget Karabulet. “They helped us a lot. Whatever we need, they would help. They took us on site and that was an amazing experience.” She goes on to explain that seeing everything on site, helped them recognise the difference between doing things properly and not doing them well. “It’s a lot easier when you see it, rather than just hear about it. They helped us to be better.”

Builder’s Licence and Beyond

Assia wasn’t content to just complete her Certificate IV. She also went on to obtain her Builder’s Licence through Victorian Building Authority (VIA).  As outlined in our last blog, becoming a builder in Victoria is not an easy process. It requires knowledge, hard work and dedication but with the support of TIV’s trainers, Assia did just that.

Assia proved the doubters wrong. She states, “I’m very proud. I’m very happy. I got my building licence and I’m working in building. So I showed those people who said I can’t do it because I was from overseas and English was not my first language.”

She has successfully worked for Bodon Homes for the past 2 years in the role of project manager. Assia is tasked with scheduling, talking to suppliers, sending out quotes, talking to tradies and sending plans out to them. When there’s a problem on site that needs solving, it’s Assia that gets called.

And if all this wasn’t enough to prove the naysayers wrong, Assia has also started her own company called Osman Homes. She has just completed the building of some units and has a number of building projects lined up for the start of next year. Advice to Young Girls Looking for a Career In Building

Assia Osman is a great role model to young girls finishing school and considering a career in the building industry. When asked what advice she would give to these girls, she unequivocally answers, “Follow your dreams. It doesn’t matter if it’s a male industry. Just follow it. You will do it. Just push for it.”

As a person who didn’t have English as their first language and as a woman not following a traditional career path, Assia knows that she had to work hard to get to where she is today. She says, “I asked people questions. I asked builders for work, even without payment. I used to work for no payment just to get information, to get more knowledge, just to get better in building.” Assia’s success is a testament to her drive and ambition, as well as TIV’s continued excellence in building industry education.

If you’re considering a career in building and want to become part of the TIV success story, please get in touch. 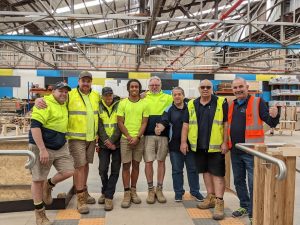 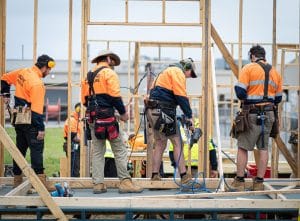